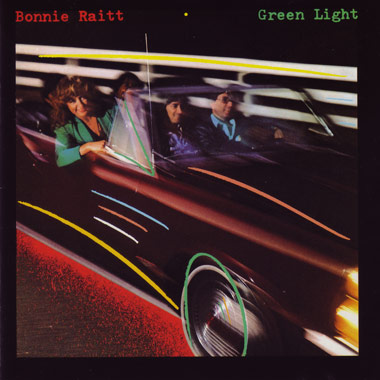 Me And The Boys - 3:36
(Terry Adams)
Backing vocals: Johnny and Bonnie

"Bonnie Raitt plays more guitar on Green Light than on any album in years, the band boasts a "live" feel that makes the rock & roll cuts really kick, and the record contains one of Raitt's very best performances. Eric Kaz' "River of Tears" begins with a majestic, rolling hook uncannily reminiscent of the Rolling Stones' "Tumbling Dice," while the lovelorn lyrics stir Raitt's singing to a passionate yearning. She's joined on the choruses by Richard Manuel's urgent harmonies, and her own spicy slide-guitar playing adds snap. "River of Tears" peaks with a couple of piercing notes as wrenching as any Raitt has ever sung."